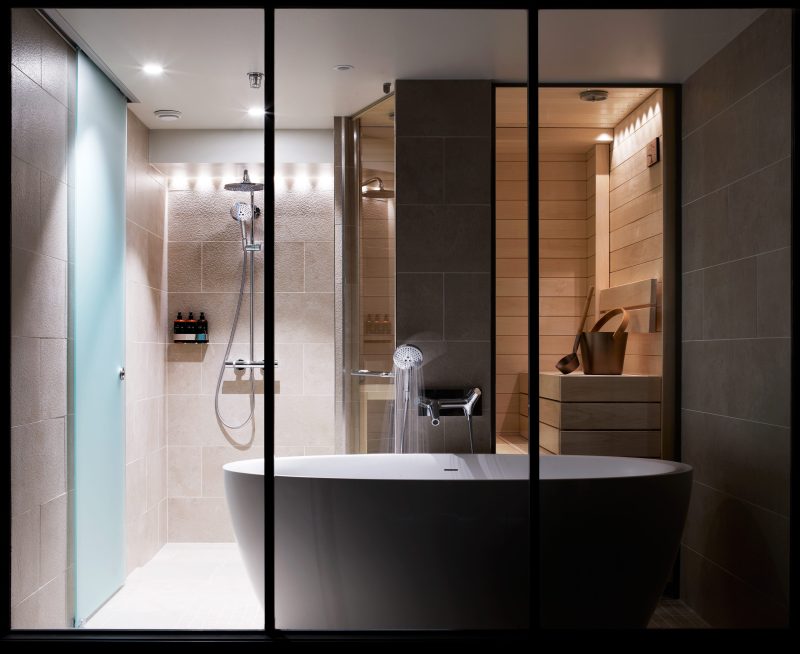 The authentic Lapland Hotels Bulevardi, which exudes the mystique of Lapland in the centre of Helsinki, relied on Cariitti for its lighting choices for the sauna and spa facilities. The atmosphere of Lapland now lives on in every room thanks to the right lighting and other sensory pleasures.  Leena Turunen, Regional Director of Lapland Hotels Oy, talks below about the hotel and the cooperation with Cariitti.

The hotel chain Lapland Hotels, which has been operating for more than 50 years, has its roots in Lapland, in Muonio. The chain has previously operated exclusively in northern Finland.

– However, nearly 10 years ago the idea arose that the mysticism of Lapland should also be brought to urban destinations and further south, Leena Turunen says about the expansion of the hotel chain.

The hotels in Tampere and Oulu have been operating for eight years, and due to the enthusiastic reception, a foothold was gained not only in Helsinki, but also in Kuopio, as well as at Nokia Arena in Tampere. In this way, accommodation and restaurant services of the arctic hills could be obtained for the rest of Finland to enjoy.

The hotel’s slogan “Modernity for the senses on Bulevardi” speaks of the comprehensiveness of the hotel experience.

– The idea is that we know Lapland and its world. We want to bring atmosphere, taste and authenticity to the city. Lapland’s delicate world of experiences in all seasons and especially the wonderful dishes – game, berries, fish and vegetables – with their pure flavors can be brought to the middle of the city.

– The quality in everything must be very good, even the best in the city. Product, service, milieu – everything is aimed at high quality and personality.

The customer’s path has been turned into one entity at Hotel Bulevardi:

– We take care of the entire customer’s path ourselves. All services complement each other. As an example, we do not sell accommodation without breakfast, because without it, something very essential is missing. According to customers, we have the best porridge in the world!

When making a concept, all the senses are taken into account – how do things look like, how do they feel, sound and smell. That’s why lighting is a really important factor, because it creates different moods for the customer.

Architects, interior designers, contractors and others involved in the project worked for well over two years to complete the entire hotel complex with its lighting.

According to Leena Turunen, Cariitti’s choice as the supplier of lighting for sauna and spa facilities was made through an interior designer.

Turunen visited Cariitti’s showroom in Espoo together with the architects.  The showroom is a carefully designed entity where the customers and visitors experience the possibilities of the Finnish sauna and lighting in an impressive way.

Cariitti’s showroom comprises various sauna and bathroom facilities, as well as unique furnishings that exude craftsmanship and modern design, as well as an amazing world of light. Crystals, down-to-earthness, the flame of the Northern Lights, the technology – the number of lights and their variations is staggering.

All sauna and spa facilities of the 182 rooms of Lapland Hotels Bulevardi’s are equipped with Cariitti lighting. Lights can be found also in the wonderful shop-in-the-room space, illuminated by SY SQ Gold, a golden cube. 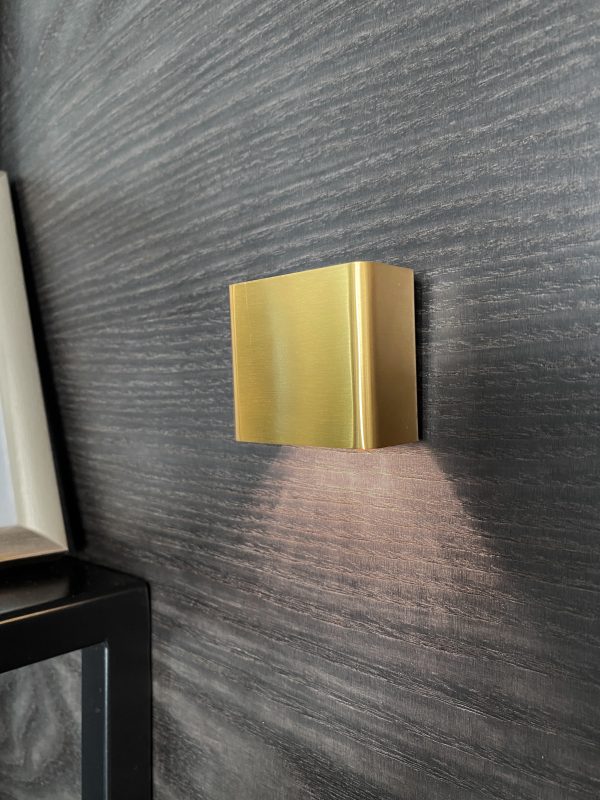 The cube illuminates the hotel’s minibar and the surrounding area in a glittering way. Under the lighting of the golden cube, the guest can make a drink and stop to enjoy the magic glow of the room.

Nature also brings unique light to the rooms. In the rooms of the Bulevardi hotel, there is a glass wall between the room itself and the bathroom. This puts lighting in a really important part. The atmosphere in the hotel room and bathrooms plays a significant role.

– We needed a modern lighting supplier who could provide products that fit the lighting control system. The system had to be one that the customer could use. The customer must be able to create their own desired atmosphere at the touch of a button. Cariitti’s luminaires meet our wishes and requirements, Leena Turunen concludes.